All checkers on the bar must re-enter the game before any additional pieces on the board can be moved. Pieces on the bar can only re-enter when there is an opening (that corresponds with the player's role) in the opposing player's home board.

In the example below, the player (white checkers) has rolled a 5 and a 2.  She has moved 2 checkers in the top left quadrant. One of the checkers land on an open black checker (the player has been hit and must now be placed in the bar). The other checker has been moved to the 8 spot on the board. 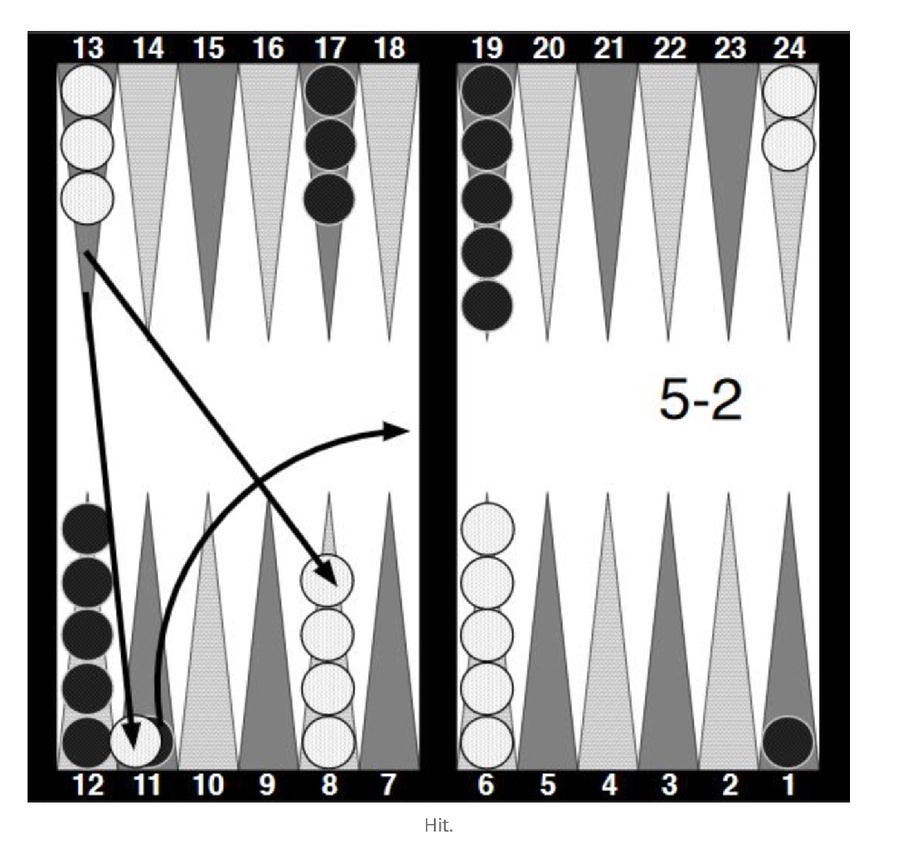